The birth of european textile design

The origins of European textile printing can be traced back to India, as long ago as 2000 years before the birth of Jesus Christ. From generation to generation, Indian craftspeople handed down their secrets. Long and complicated processes using mordents, or metallic salts fixed the dye onto the fabric. The luminosity of the Indian color palette was due to the discovery of red from the garance plant, blue from indigo, and yellow, obtained by using gaude. The very first decorative textiles using the mordant technique which skillfully uses metallic salts to fix the colors onto the cloth. Printed onto a lightweight calico, these decorative panels were brought into Europe at the end of the 16th Century.

The brightness and fastness of the colors, the lightness of the cloth, together with the lively and varied patterns, quickly seduced the European taste for all that was new and exotic.

Commercial relations between Asia and Europe intensified throughout the 17th Century, and it was due to the foresight of the Portuguese merchants that the Indian calico prints were imported into a Europe, hungry for an alternative to the heavy silks and woolens, or the rough linens of the times. Success was triumphal, and the merchant traders of the “East India Company” flourished. 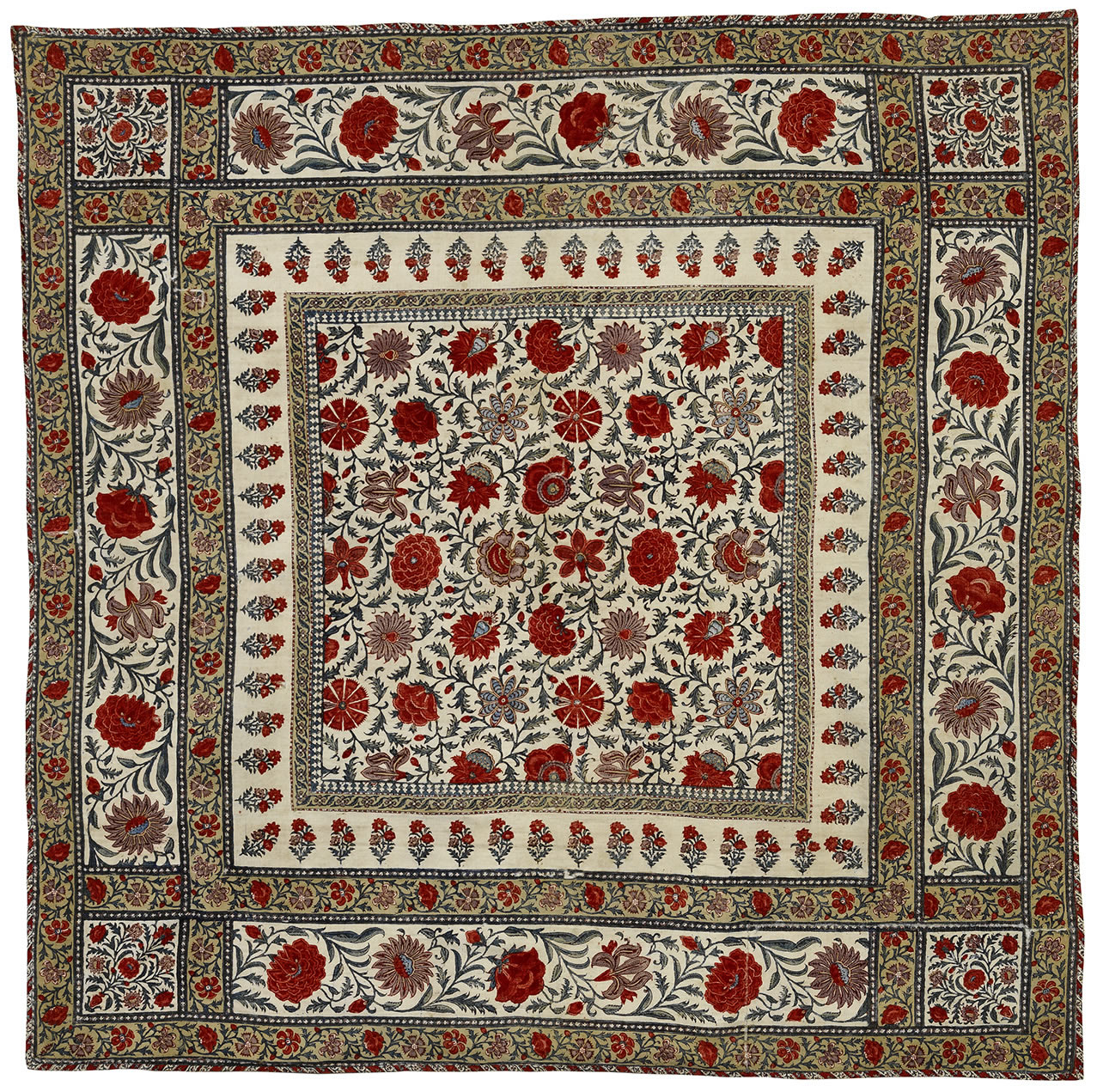 Cotton square with Florals, Wood block printing and handpainting on cotton, India by 1795 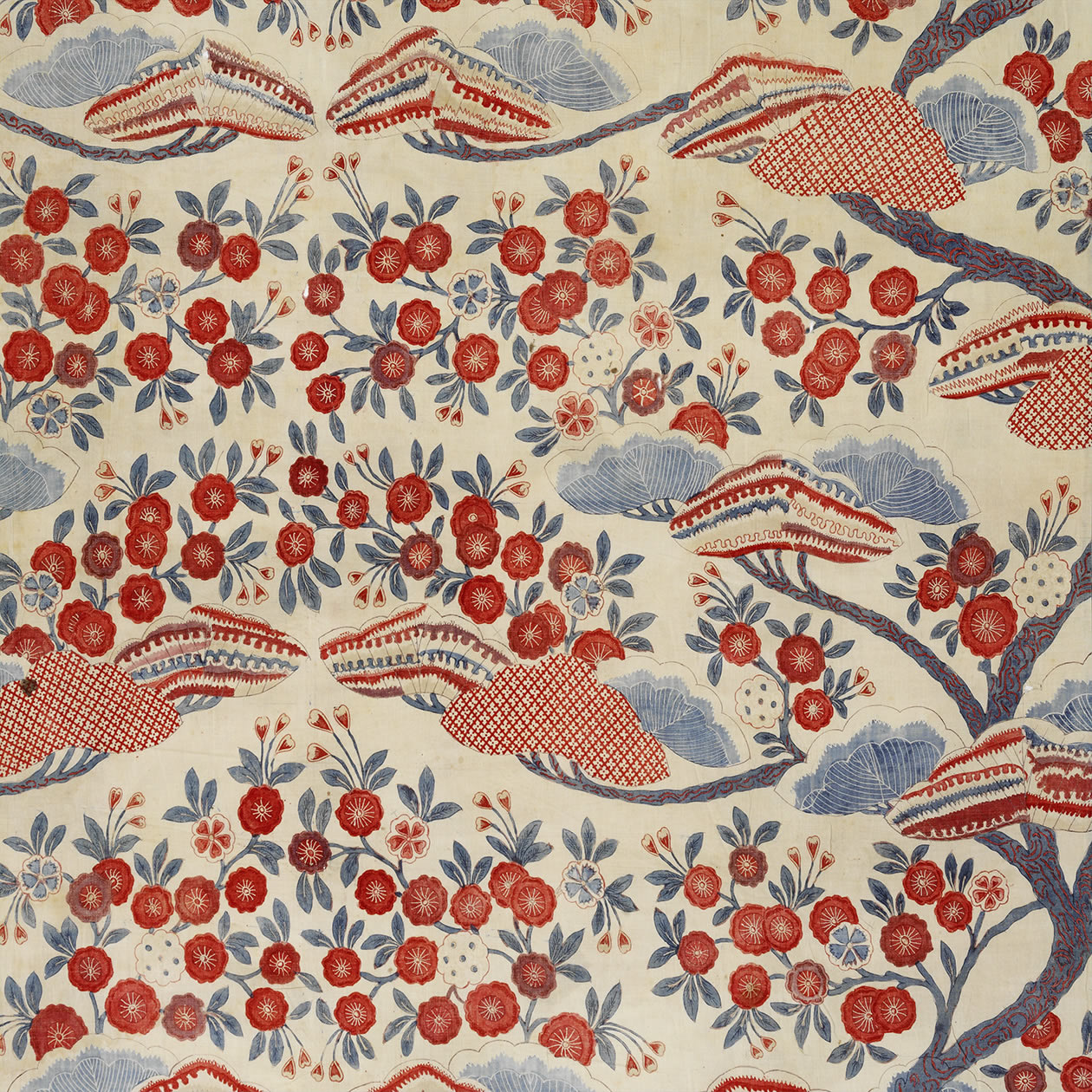 Indienne (detail) with a japanesse style, dyeing and handpainting on cotton, India by 1750 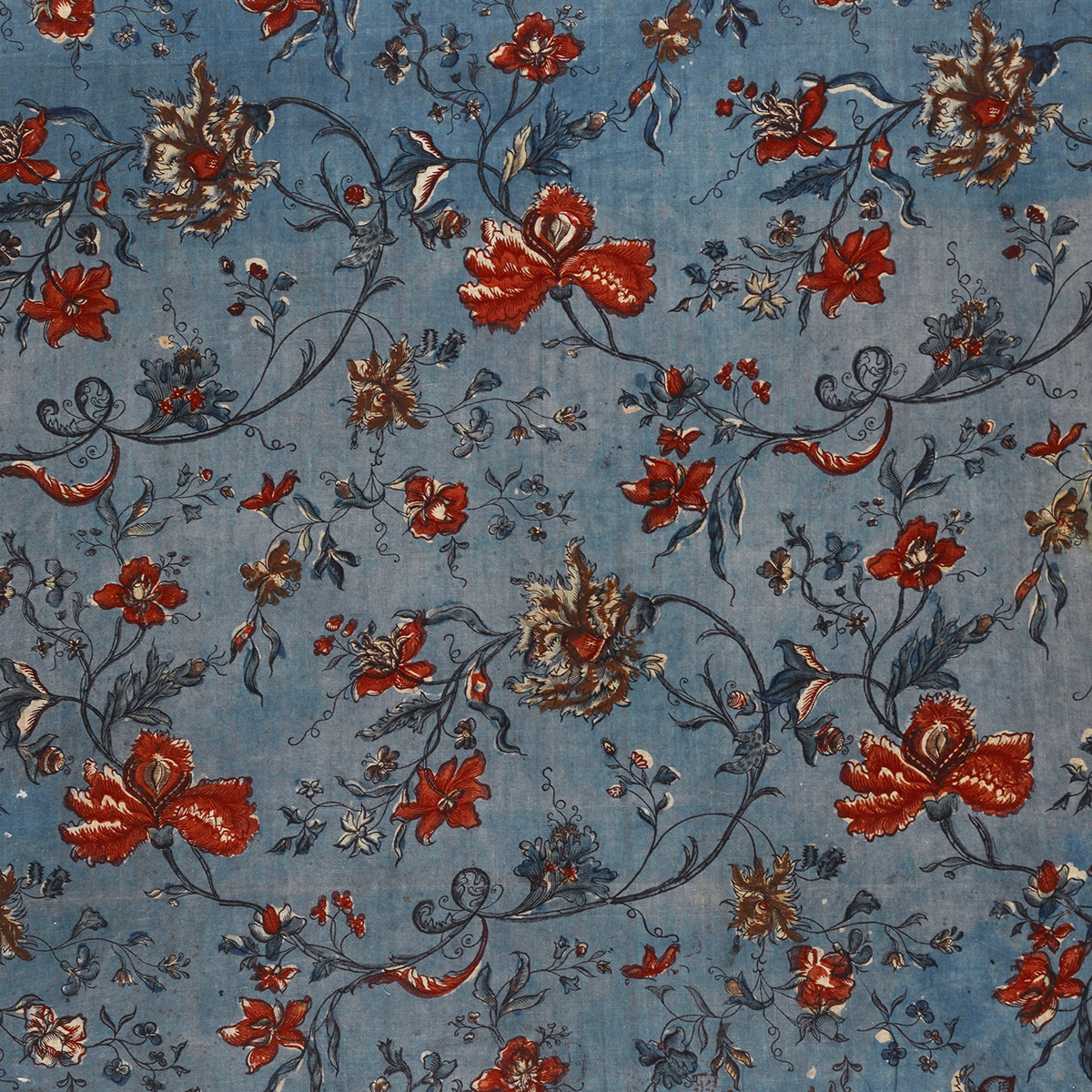 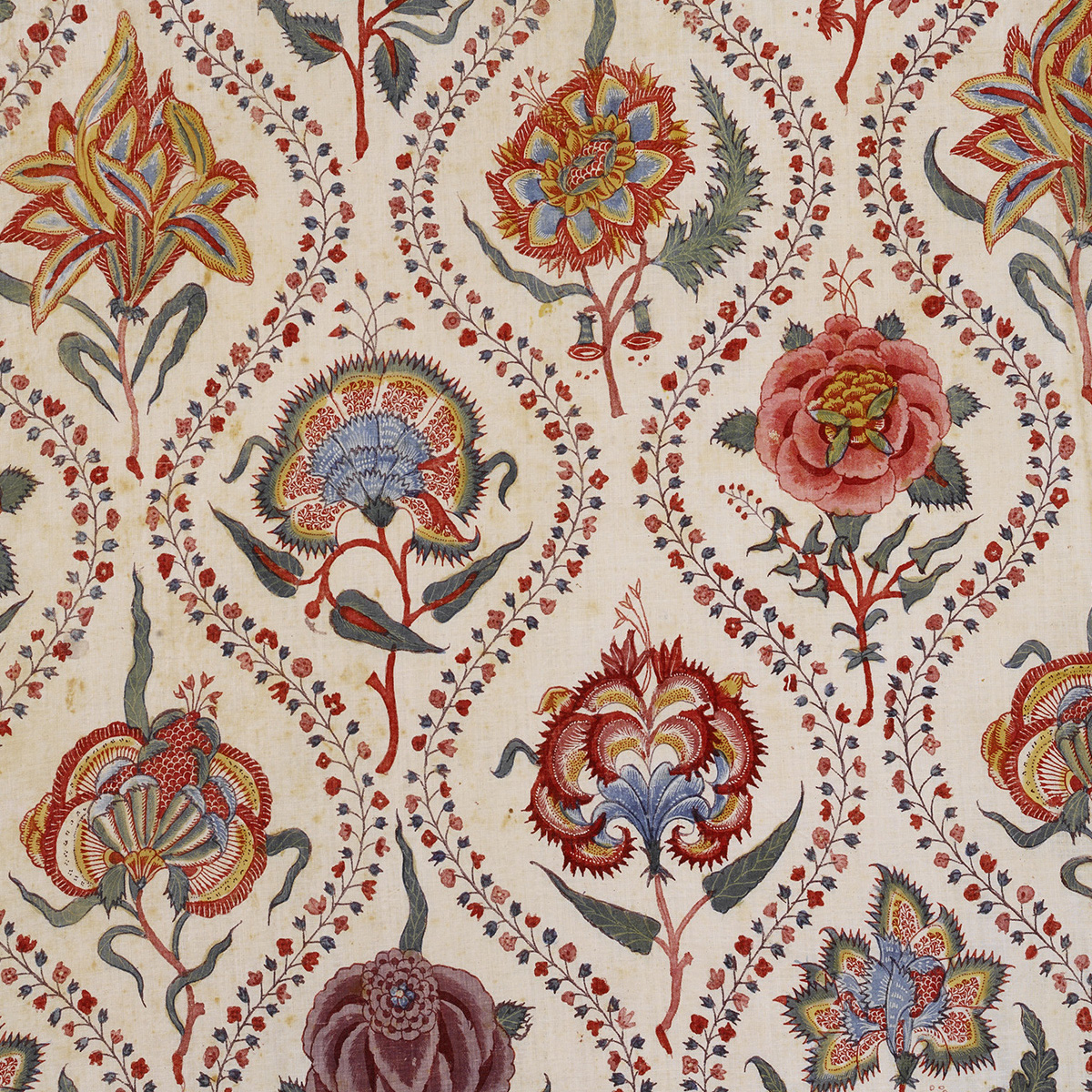 Indienne (detail), dyeing and handpainting on cotton, India by 1750 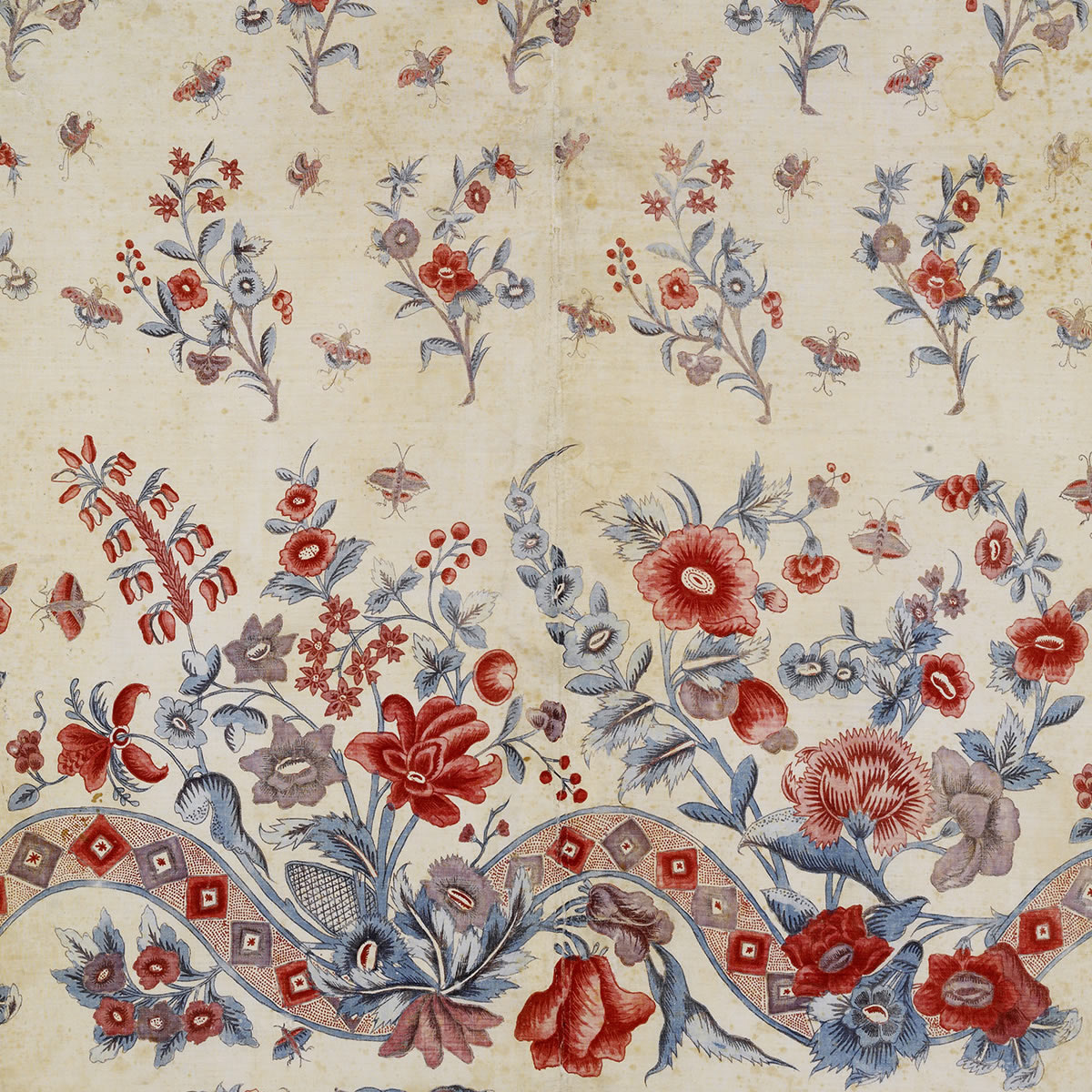 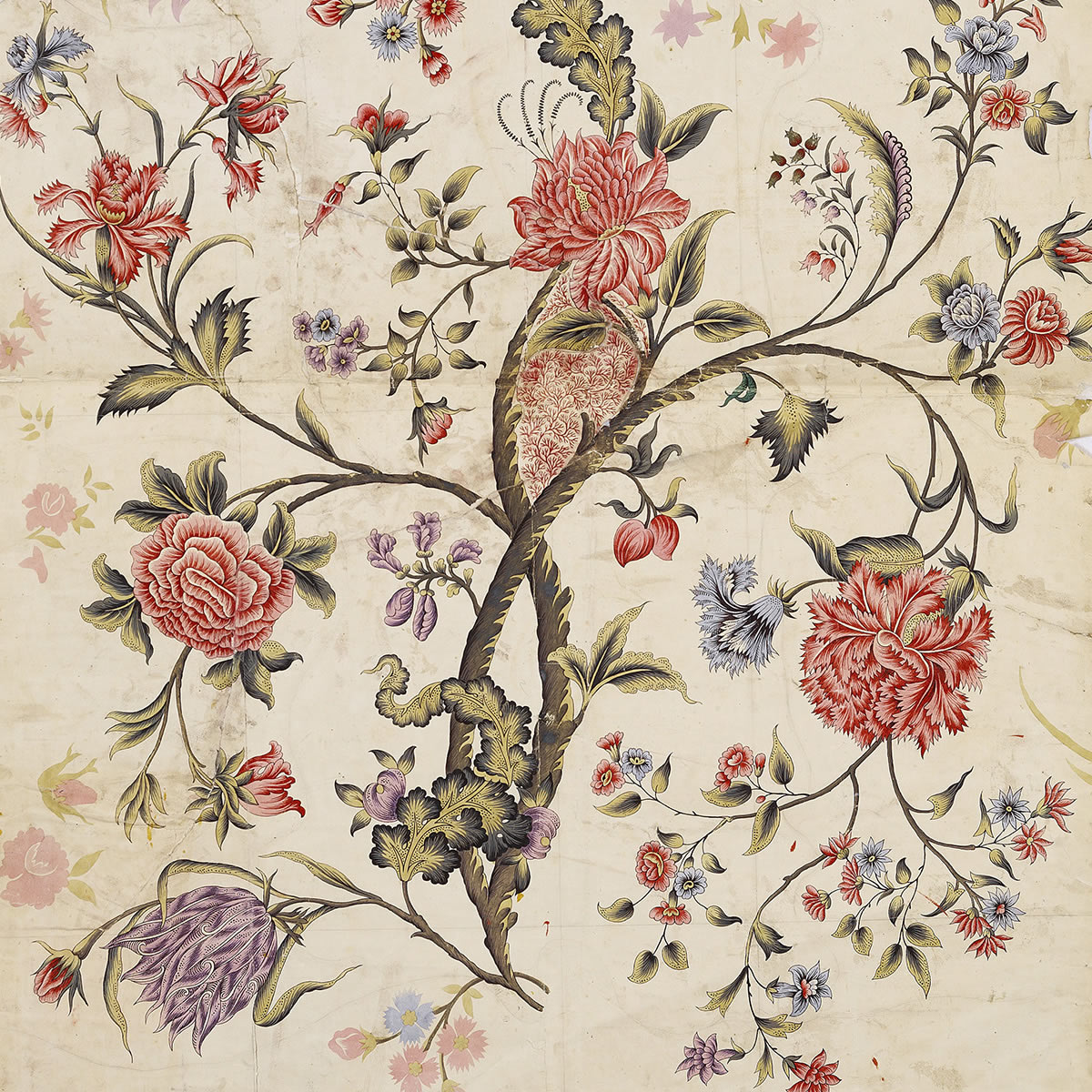 Original design on paper for printing on textile , Thierry Mieg Factory, Mulhouse, around 1880

The rich, decorative designs of Indian origin were often elaborated, even totally changed to suit the particular wishes of European clients. This was a deliberate marketing strategy put into action by the East India Company that gives well defined  general instructions for the cre ation of decorative designs adapted to the european market. Stylized flowers in two dimensions, undulating stems, natural or imaginary  geometrical vegetals.

All these elements create a ornamental botany  with a lot of elegance in graphism and a real balance of the fast colors. European engraving circulate all over the world and are used as models. Heraldic figures are placed on Indian hangings : The various sensibilities ensure the economical success.